Last night I got to go see Epica (one of my favourite bands) play at the Ready Room in St. Louis. It was a fantastic concert and I hope to see them again sometime. The opening acts Starkill and Moonspell were good too. 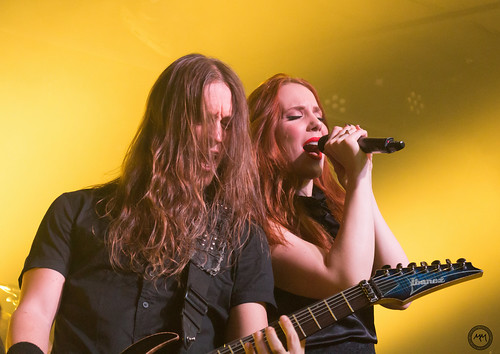 As I was pulling up to the house tonight there was a Barred Owl sitting on the fence! I ran inside to get my camera and went back out to get some shots. It was really getting dark so the ISO is quite high and I was shooting handheld with the 100-400. After firing off a whole lot of shots I ran back in to get my 100mm 2.8 macro lens. That helped as the light got even worse but out of a couple hundred shots I got some keepers. I’ve really been wanting to get some owl shots in the wild. Just didn’t expect it to be in the backyard. He didn’t seem to mind me taking the photos either. I was able to get within around six feet of him but I backed off and let him be. He’s still out there now an hour later. 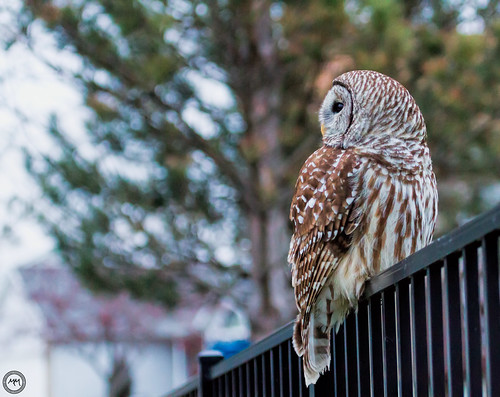 All of the rain we have had lately hasn’t just flooded the Mississippi river. The forest around Cahokia Mounds is flooded too. These two bucks were hanging around on one of the mounds to escape the wet ground. They didn’t get far from each other the entire time I was watching them. 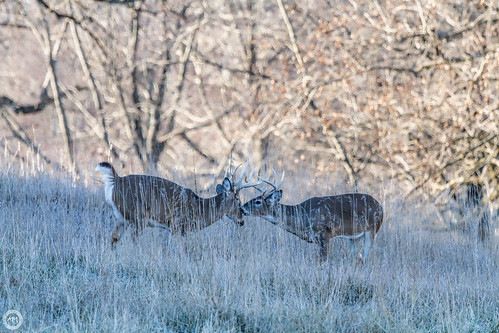